First off, Oscars. Slumdog – woo! Though no surprise there. It is sad, though, that for a film that swept the Oscars it hasn’t even broken the $100 million mark, which means most people haven’t seen it.

I thought the actual Oscars program was well done. Hugh Jackman was great and it was nice that he played to his talents. My favorite moment had to be the little bit of Cloverfield that was snuck in. I forgot which award it was but instead of playing the movie’s theme (probably didn’t have one) they played Roar!, that awesome (and only composed song) during the end credits of Cloverfield. Yes, I know, I’m a film geek.

And here’s a video that explains what Ben Stiller was up to (via Leo Laporte on Twitter).

But back to what I originally intended to blog about.

So two weeks ago I did the Hollywood thing. I flew from Miami to LA in the morning, went to a screening, then hoped on a plane the next day and went right back.

Each year the Film School puts on a screening in LA of some of the best films that came out of the school the previous year. I happened to produce one of those films, so I thought it would be worth it to go. 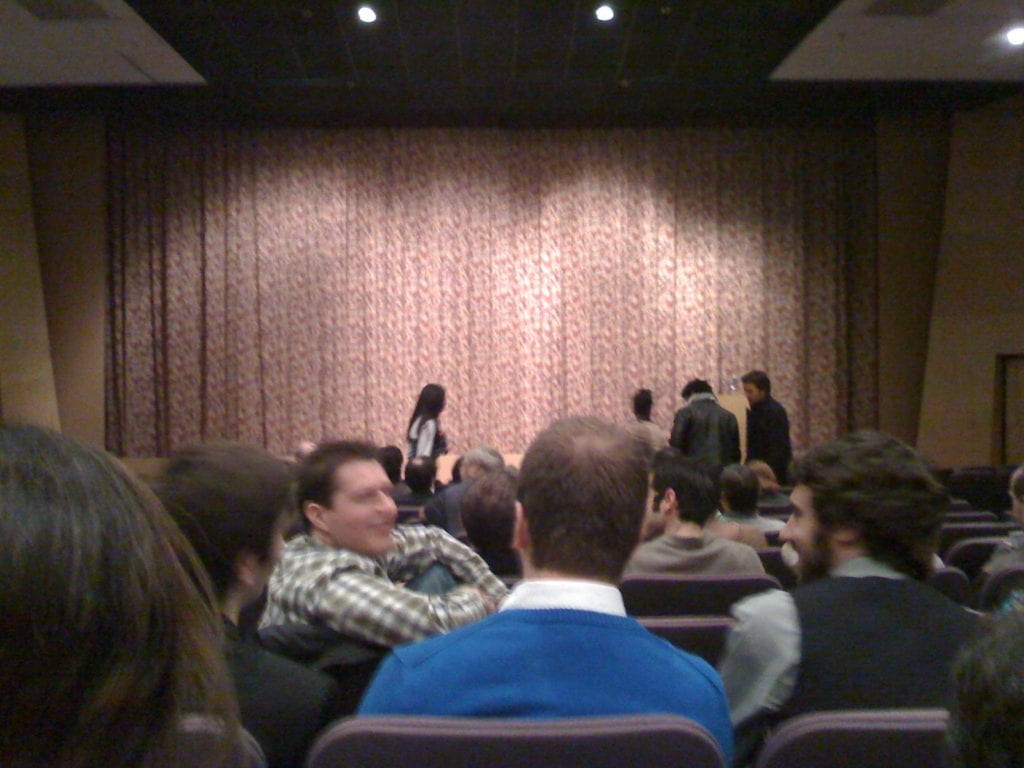 That and it was a good excuse to see all my friends who are now out in LA. It was a lot of fun and great to see everyone, but at the same time it was a hard dose of reality. All of my friends are interning at production companies 8-10 hours a day. Even if I did stay longer we couldn’t really have done anything since they had to go to work.

So basically I came, I saw, I went. But before I went, I stopped at the Starbucks near my friends’ place (they live in Burbank). As I was walking in this cute girl asks if she could interview me for Extras. Sure.

They wanted to get my thoughts on the octomom. Oh, and just to clear something up – by ‘interview’ I mean they told me everything to say.

I give the best performance I can muster, but if you want to imagine my acting style think of Patrick Warburton.

“Great, great. Let’s do that again, but with more energy.”

I was on Extras that night, two Wednesdays ago. They also had me read for a Valentine’s Day segment they were producing, which was by far my favorite.

“Okay, I need you to look in the camera and ask, ‘I’ve been in a relationship for a long time. What can I do with my girlfriend to mix things up?’ (BTW, I have no girlfriend).

Unfortunately this didn’t air, but at least it made my favorite story of the week. I went and got my Espresso Truffle, and when I came back out they were interviewing two women from Idaho. I guess they rely on tourists to be suckered into doing this.

Once their interview was done we all ended up talking afterwards. Then I left, saying I had to go see my fake girlfriend.

To cap off the trip, I finally got to use a Dyson AirBlade at LAX. It’s the coolest hand-dryer ever, ranking (in my hand-dryer rating system) just above the Xlerator. What can I say, I like dry hands.