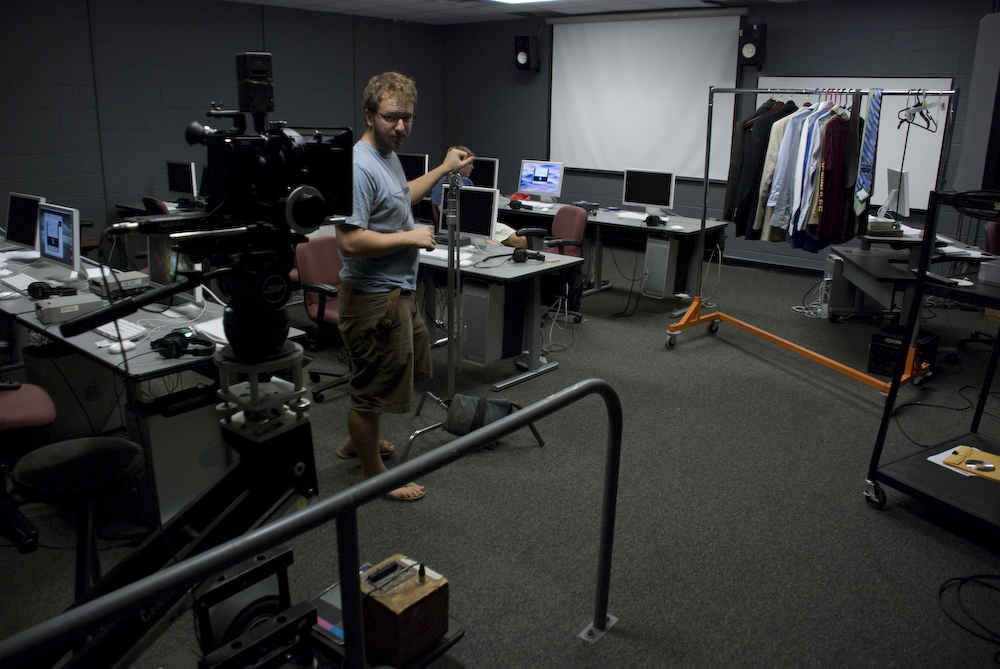 For the past couple of weeks we’ve been having camera tests for our F3s in our Cinematography Lab. Camera tests give us a chance to try out different film stocks and techniques so we can get an idea of how we want to shoot our F3. The idea is this is the chance to experiment before getting on set.

Most have been doing their tests on the soundstage or outside, but I wanted a complete fluorescent environment since my story takes place in an office, so I filmed in the edit lab.

As you can see in the photo, there’s a rack of clothing. This gives a fabric sample so we know how different fabrics look on film. While rolling, I also stood in front of the camera for a skin tone sample.

For my test I tried a few different things with color temperature. Fluorescent light has some green and blue in it. The photo below has a color temperature of 3200k, or Tungsten. This is what it looks like uncorrected. 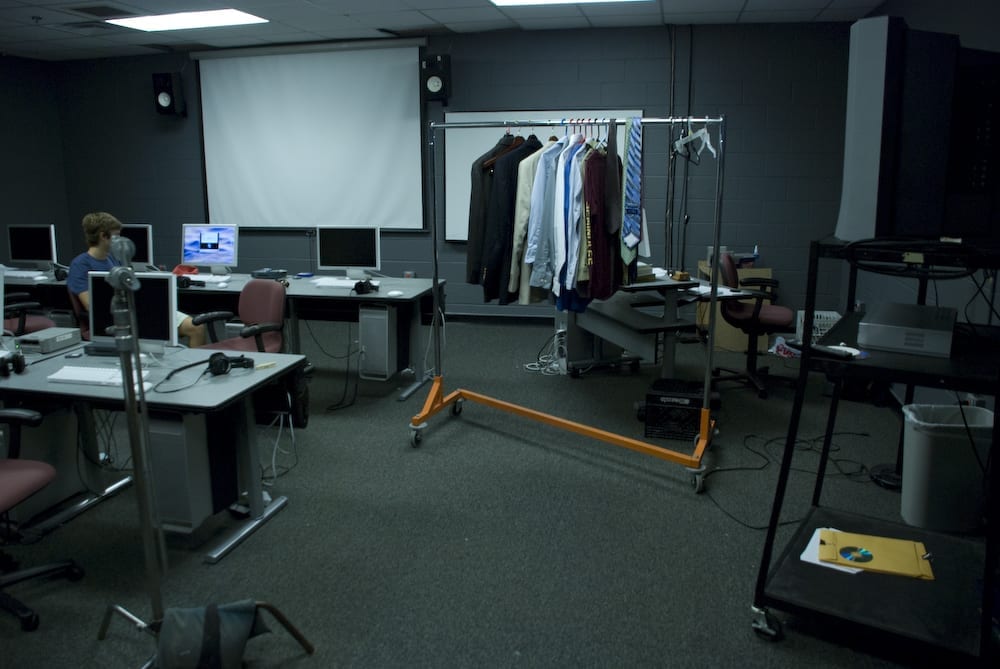 For the film to be corrected, we shoot charts at the beginning of each roll. Basically it’s an 18% Gray card that tells the lab how to adjust the lights when transferring our film to digital.

While testing, we also did exposure tests where we would adjust the aperture a few stops above and below what we deemed was “correct” to see how the film looks.

Right now the film is being shipped to Miami and will hopefully be back next week for viewing, though I doubt that.