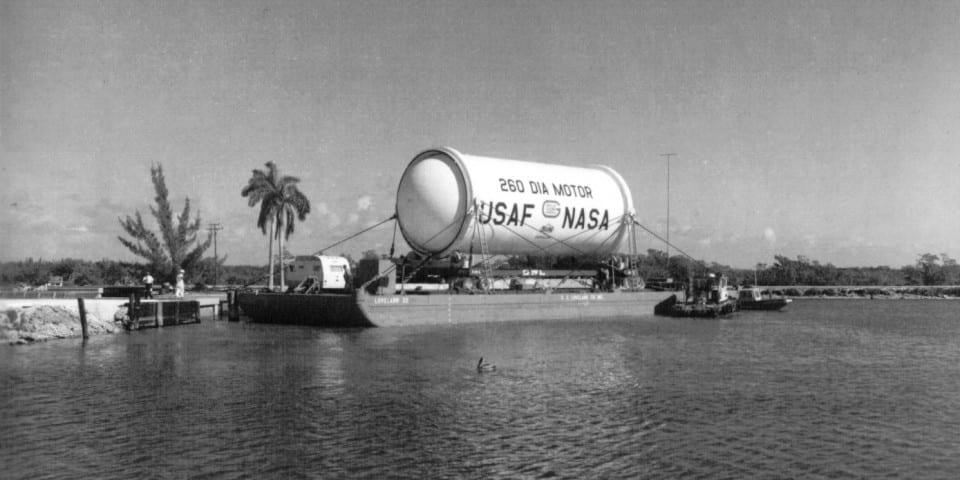 Space Miami is a short documentary chronicling the brief history of the Aerojet rocket site in the Everglades.

In 1963 Aerojet-General built a rocket manufacturing plant in the middle of the Everglades. They were hoping to build rockets for the Apollo moon mission. The rockets were built and tested in a 150 ft. deep silo, the deepest hole ever dug in Florida.

In addition to the site, they dug the largest canal cutting through the Everglades to the Atlantic ocean. Because the rockets were so big (solid fueled), they could only be transfered by barge.

The Saturn rockets ended up with liquid fuel and Aerojet never got the contract. The site was abandoned in 1969, along with the rocket in the silo. It’s been sitting there for nearly 50 years.

CC Productions trekked out to the site to document these abandoned buildings that time forgot. Watch the complete film above.

Space Miami scratches the surface of the bizarre and fascinating history of the Everglades. Coffee and Celluloid Productions is looking forward to producing more movies about the one and only river of grass.

Produced by Coffee and Celluloid Productions and Borscht Corp.

Space Miami has been featured on some of the web’s top blogs.