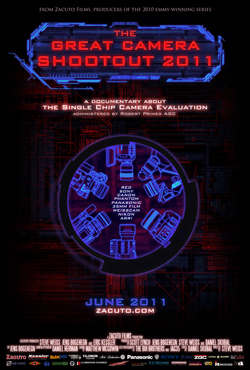 Last year Zacuto did the very informative 2010 shootout between DSLRs.

They’re back again with an enormous production comparing 11 cinema cameras, cameras (and film stocks) that could be used to shoot a feature. This ranges from the Arri Alexa to Kodak 5219 stock to Canon and Nikon DSLRs.

It’s a three part series. Only the first is up now, which covers Dynamic Range.

If you do any type of filming this is a must see video. It’s extremely informative and a great comparison of the latest cameras. It’s also great if you’re in school because it reinforces a lot of cinematography techniques that I wish videos existed of a few years ago.

As for the results, digital still has some way to go but it’s not looking good for film. And I want an Alexa for my birthday.