Drones are in the news again, this time for the nuisance they caused during the wildfire blazing across the highway in San Bernardino County. Five hobby drones were spotted circling the area, forcing firefighting copters to dump their fire retardants and land early.

While the drone pilots are trying to be located and some are calling for criminal prosecution, I think what this really highlights is the void in clear rules, processes, and education about what you can and can’t do with a drone.

If I try to picture myself at the scene of the fire with a drone, the sky might be clear so I’d think it’s ok to send up a drone to get some footage. Little do I know the sky is clear because firefighting copters aren’t coming to the area due to the hazard of the drone. I’m sure the majority of drone pilots are not out to impede firefighting abilities. They just don’t know that they are.

Now apparently two of the drones did chase or fly near helicopters. They are morons that should be held criminally liable.

But I feel the vast majority of drone operators don’t want to get in the way. They just don’t know.

Some groups are trying to educate pilots with programs like Know Before you Fly. While it does a good job presenting the information out there for different types of shooters, it can only do so much because the governing bodies like the FAA have no clear processes, training, or forms for staying in compliance. 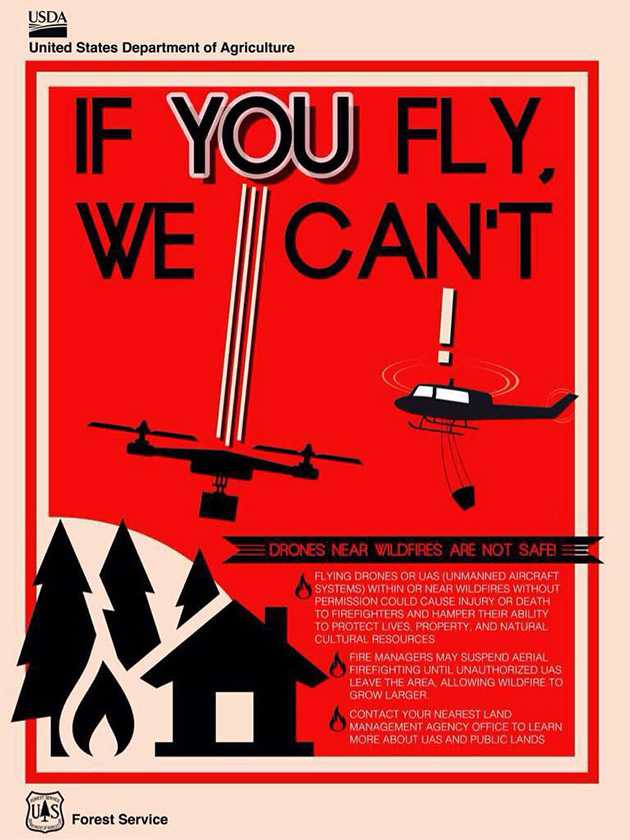 I’m about to get more into drone shooting and I’d love to keep everything legit. But when I look into getting my company approved by the FAA for film production, I find I have to petition for exemption under Section 333. I don’t think you could make up a more bureaucratic sounding title. If you follow the instructions, there isn’t even a form you fill out. You file your petition via a comment on a post at regulations.gov. Yes, a comment, which they reiterate in their PDF instructions. Then you wait 120 days. It’s not even clear what you’re supposed to put in this comment, so if you mess up time to wait another four months.

So is your average drone hobbiest that spends a few hundred bucks for a drone going to go through this hassle? No. I’m a professional and I don’t even fully understand what I’m supposed to do or what I am and am not allowed to do with a drone.

But if clear guidelines were established with what you can and can’t do with a drone and provided as a pamphlet with the drone, I’m sure most users would stay in compliance.

The forest service has started a campaign to educate drone users to stay away from forest fires so they can do there job. It’s still the wild west of drone flying and there’s a lot to be sorted out.