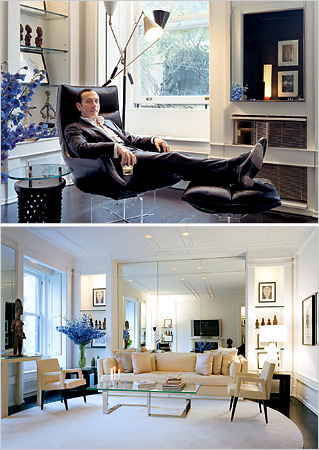 Just finished preparing for the Production Design aspect of the Thesis film this weekend. I’m a NY Times Sunday subscriber, so basically I’ve been saving all the NY Times Magazines knowing down the line they’ll come in handy for reasons like this. So preparing was just going through the magazines, mainly the seasonal Style ones, and tearing out ads that fit what the director wanted (monotone rooms with the main actors having bright colors to stand out).

So in about an hour I’ll be assisting the Production Designer in presenting the pictures at Director’s Prep, a process where the main aspects of the film (story, directing, shot design, cinematography, shooting schedule, production design, special effects) are presented to key faculty members and feedback is given. I’ve heard mixed reviews about the process. Some think it’s a waste of time while others find it useful. I guess I’ll find out.