Flickchart aims to answer one long plaguing question – if so many movies are rated five stars, which one’s the best?

Yes, AFI tried to answer that question. But Citizen Kane? Really? It was his stupid sled.

Flickchart’s method is painfully simple. Two movies shown side by side. Pick the one you prefer. Move on.

If you haven’t seen one, or both, just press the button and a new movie pops up. Based on which movie you prefer, Flickchart adjusts your ranking to create your very own Top 20 list.

Of course there’s a Top 20 based on all the users. This is a list I could agree with. 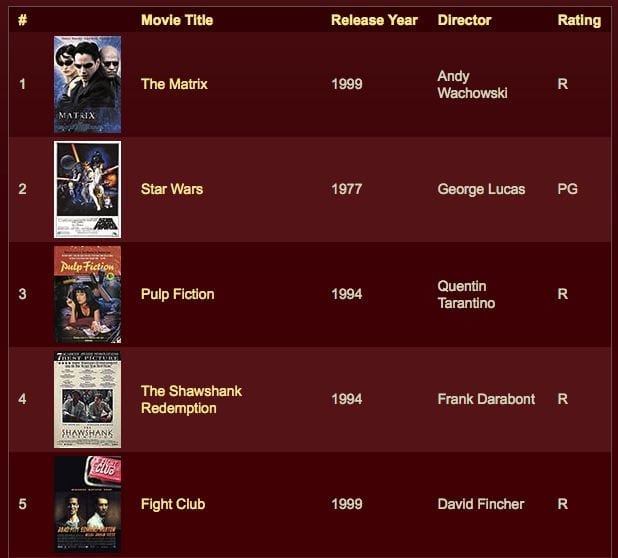 Each film has its own page, based on the data from users and it’s ranking over time. 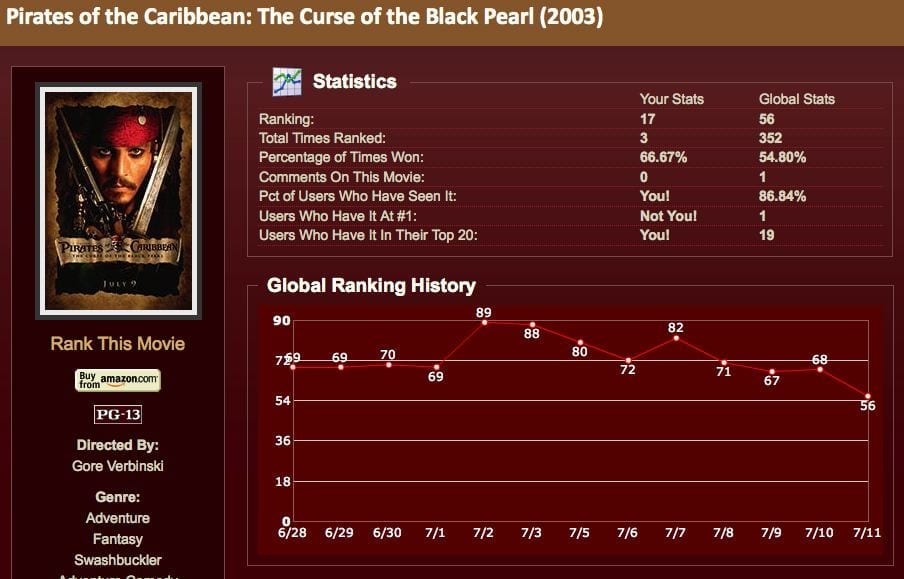 And you can discuss and debate comparisons.

Though some really are no contest. 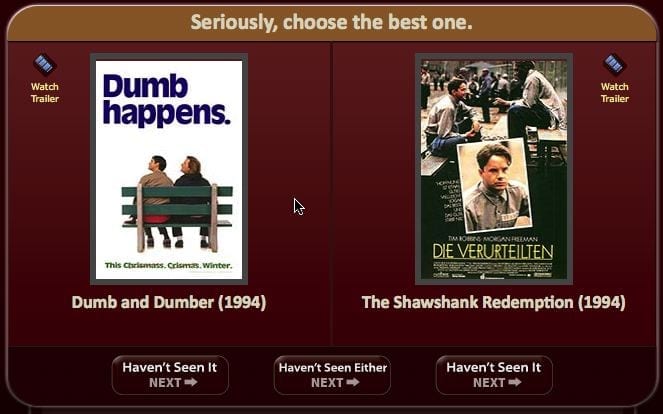 It’s simple, addicting, and a fun little site. Of course, there are a few things I wish it had. It is beta, so these could be on the white board.

That’s it. I’m sure most (at least the last two) will come in updates.

I could see their system being something that’s bought and implemented in Netflix or Amazon.

But for now, it’s a fun site to check out. I think some beta invites might be coming my way, so stay tuned.