We finally got most of the gear up and running and kicked it up a notch to start filming the machete fighters in slow motion on a steadicam. 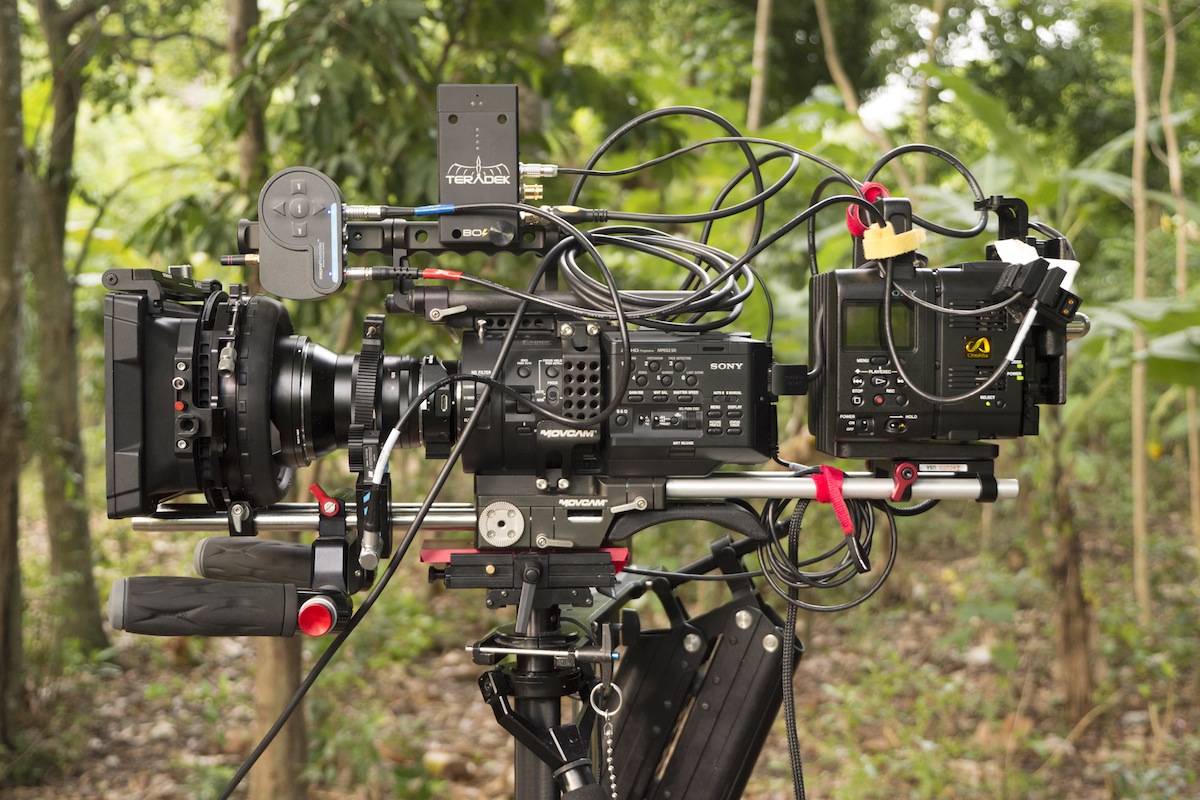 To break down the setup, we’ve got the Sony FS700 (left) owned by DP Richard Patterson. This camera was released with a future 4K upgrade in the pipeline which just came out. The 4K requires two additional devices, the HXR-IFR5 interface (center) and the AXS-R5 recorder (right). The IFR5 interface connects to the camera through the SDI port and the recorder holds the SSD media for recording. AbelCine rented the R5 recorder to the production at a discount and the IFR5 was purchased from Sony.

To me, more appealing than the 4K from this setup is the ability to shoot unlimited slow-motion at 2K at 120 fps. Normally when shooting slow-motion on the FS700 you only have an 8 second window to record the action, then you have to wait for the camera to buffer the recording before you can shoot again. It’s a lot of down time and not ideal for recording machete fights with subjects not used to the technicalities of film production. This setup lets us record slow-motion at 2K (or 4K with buffering) for as much memory as we have, which is 20 minutes of action on a 512 GB SSD card.

I’m writing a full hands-on review of the experience when we’re done with production for Filmmaker Magazine, so there will be lots more information about the camera and some of the issues we ran into. There will also be a lot of insight from Richard, who will have worked with the setup firsthand for two weeks.

If you have any questions, feel free to leave a comment and we’ll work on answering it.