How to Make a Movie – Start to Finish 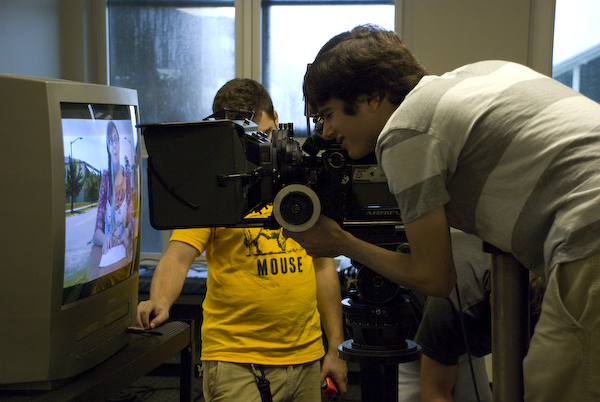 Just when I thought there would be a dry period of stories after I graduate ((More on this soon)), Thoth gives me a goldmine. I’ve been asked by a recent graduate to co-produce a short film she just received funding for.

This film (tentatively title Undercover) will be the largest production I’ve ever worked on. 26 page script, 8 days of production, RED camera, a budget. It’s sort of the equivalent of shooting an episode of The Office (minus Steve Carell and Jenna Fischer).

In the past it’s been hard to follow the filmmaking process when I’m working on 6 different movies, doing something different each week.

But this time I’m just producing, from pre-production all the way to post and exhibition. So fasten your seat belts, because it’s going to be a bumpy ride.

Update: To add to the full process, I am now also the editor.

This post is an anchor post which will be updated with new adventures that are part of the Moviccino series:

Set your videos up for maximum engagement and exposure with our comprehensive checklist. It'll walk you through every stage, from scripting engaging videos to optimizing your video's SEO when publishing.

Thanks! Check your email for the full guide.

Joey Daoud is an award-winning documentary filmmaker. His past films have appeared on Netflix, The New York Times, and National Geographic. He is also a YouTube creator across multiple channels with videos garnering millions of views. In his free time, he likes to climb mountains, scuba dive, and brew unique coffees.