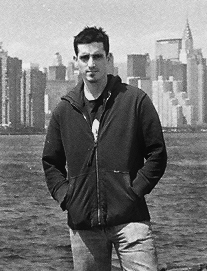 I was born in Brooklyn, New York sometime in the 1980’s. I graduated high school from Coral Reef Senior High in Miami with a diploma from the International Baccalaureate Academy (which may not be a big deal but 7 years later I’m still waiting for that 23 page paper I wrote on the Louisiana Purchase to pay-off somehow so I’m going to mention that I got my IB diploma and pretend it counts!) and I received a Bachelors Degree in Fine Arts from Florida State University College of Motion Picture Arts.

I have experience working at the offices of Focus Features/Rogue Pictures, Ed Pressman Films and Digital Arts in New York City. I have also worked professionally on sets in various capacities: from Director of Photography to First Assistant Director to Production Assistant to coffee-runner and so on and so forth.

Currently, I live and work in Miami writing, producing, directing, editing and narrating original segments for the PBS/WLRN television show, “Artstreet.” I also edit freelance and work as much as possible in as many capacities as I can (the more you know…). 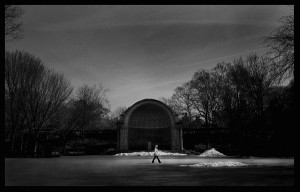 I take pictures too!

My only dream was to grow a nice mustache of gentlemanly stature and decorum. With that dream now realized my new dream is to take the old dream (mustache) on as many awesome adventures as I can that it might develop a dream of its own someday and off into the sunset we will dream together forever… The dream dreaming with its creator as one.

I’d also like to circumnavigate the globe in a sailboat and direct a feature film someday.

Health Insurance is another dream.

Starship Troopers & Synecdoche, New York are the two most underappreciated films of the last 25 years.

Florida State University Football is going to get a lot better under Jimbo Fisher.